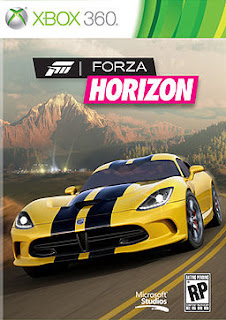 Titch (my younger brother) came round with his playstation 3 because he could not get the display to work on his tv.

A quick search revealed by holding down the power button for five seconds you reset the HDMI settings on the console.

He had a few games with the console but I loaded up GT5, just playing a single race I felt the desire to play a racing game.

Do I nick his copy of GT5 & give the game a second try?

Do I play Need for Speed most wanted which is sat on the shelf?

Or do I buy Forza?

I'm not a fan of open world racers, I did enjoy Burnout Paradise for the fun factor but boy would I get lost driving around !!

Having already played GT5 & given up at around 50% mark I did not want to start again, so it came down to Forza.

Forza 4 or Forza Horizon?
Trying both demos Forza 4 was a menu driven track racer & nothing more. Just want I wanted but like GT5 would I eventually get bored & give up?

Forza horizon was a mixture of an open world setup but with track based events.

I'm a sucka for eye candy & Forza Horizon looks amazing. I've only just really started the game, having raced two track events & a challenge against a plane which won me a Mustang car.