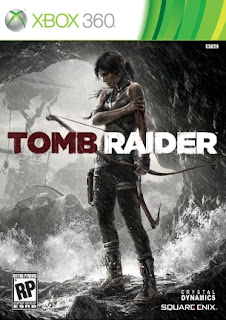 My initial thoughts when watching the trailer videos & reading some reviews was oh Lara! what have they done to you?!

Taking the girl out & dropped her into an Uncharted game. I'm not a big fan of button press sequence gaming and within minutes of starting the game you are asked to hammer away at the X button :(

They even stripped out the cartwheel move you could pull off when climbing a ledge. Maybe she needed to be reinvented to survive? Or otherwise she might have been gone to the character graveyard & joined Crash Bandicoot, Spyro the Dragon & her other playstation friends.

The sales figures whilst strong did not meet their targets, so will she be back? Or is this a farewell?

Maybe she was released too late this gen thus when playing the game you cannot help but think that the developers have taken the Uncharted template, mixed in some Assassin Creed & topped it off with some Batman Arkham Asylum.

The formula is not wrong, for all it's button presses the game is very playable but it's not the Lara Croft Tomb Raider game I wanted.

I have just completed the second area of the game and unlocked fast travel. This lets me return to previously used camps to continue searching for any missed collectables.

For now Lara is a distraction to stop me playing Forza Horizon but she should have & could have been so much more.