I was not distracted by Destiny, in fact I did not play it at all over the Easter break. Firstly an update on Watch_Dogs 2, I like to play video games using the soundbar plugged into the TV & not a headset, Watch_Dogs 2 has a lot of adult language which made it very difficult to play with the kids around so I decided to scrap it in favour of the following, I completed Tiny Troopers & it's DLC before moving onto Costume Quest 2 which continues the fun gameplay from the first game & adds new costumes to enjoy. 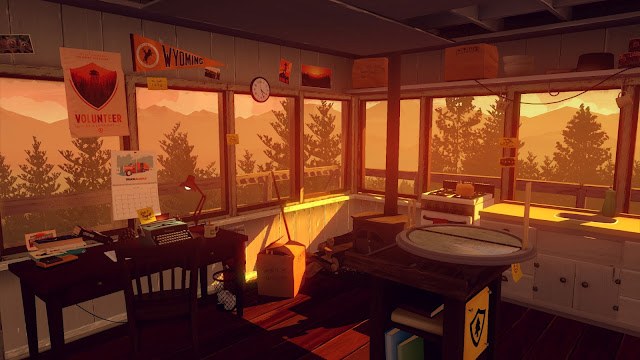 Next it was some mech action with TitanFall 2. I have not played a FPS campaign for a long time & with the added bonus of a mech it was great fun to enjoy. 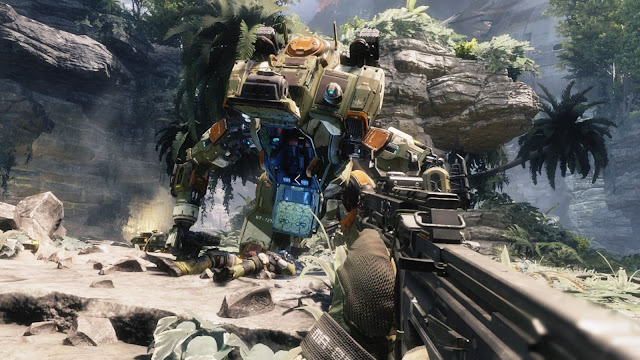 I also finished off Letter Quest Remastered which is perfect for those short periods of time to complete a level or two.

My current game then is Horizon Zero Dawn, it is an open world adventure set in a future where humans have regressed back to tribal factions & robotic creatures roam the land.

The game reminds a bit of the recent Lara Croft games in gameplay due to the main weapon being a ow & arrow, campfires being your save points & hunting animals for skins but the setting & visuals are completely different & stunning. Especially in 4K, this is the most beautiful game I have played thus far on the PS4.

The robotic creatures are unique in each type having their own attack style & weakness. You have various weapons to use to your advantage, the tripcaster is my current favourite which you can use to lay tripwires for the creatures to walk through & shock, blast or catch fire.

I've played quite a bit of the game currently level 20, the main plot is about Aloy finding out why she was outcast from the tribe at birth? Who is her mother? What happened to the land to cause the creatures to roam? & lots more questions which the game slowly drip feeds you the answers.

There are various different tribes in the game, all having their own agenda which make the game more interesting, I am very impressed with the game thus far, this is on the same level as The Witcher 3 yes potential Game of the year material!

Nothing new on iOS, the usual &  I'm back playing Disc Drivin hoping a sequel is announced soon, a tease by developer may have hinted something.

I purchased Star Ocean & Persona 5 to add to the shelf which includes XCom 2, Final Fantasy XV & Abzu. E3 next month so we should find out what titles are coming out for the remainder of this year, Red Dead Redemption 2 please!