Straight to No Man's Sky what else?

I love it ! Finally found a planet with some gold !

I'm still plodding along naming star systems after my history tab & planets after games. Altered Beast was a bit toxic but gold !

I also completed Walking Dead Michonne, It's a nice three episode series albeit a bit too predictable.

Not much to report on Pokemon Go, finally caught a Jynx but I missed out on catching a Venomoth so now have another pokemon to find and catch.

Had a decent run on Clash Royale now up to 1900 trophies.

Short & sweet for this week. Not played much Destiny for a while will wait for the new content to arrive until then focus on finishing off Lego Star Wars.
Posted by Krazy Khan on August 31, 2016 No comments:

I've been spending a bit of time with my daughters creating content for their shared youtube channel, thanks to twitch it's very easy to record gameplay & then upload to youtube. The video above shows some Towerfall Ascension gameplay but we have also made videos on Tricky Towers, Goat Simulator, Minecraft & a Let's play series on Lego Star Wars The Force Awakens.

They enjoy making them & I'm happy to help out when I can.

I've gone back to playing Pokemon Go thanks to a few days out at locations that were covered in pokestops I now have over 200+ pokeballs. Finally caught a Jynx & only missing a Rhyhorn. Current pokedex stats are 66 caught & 67 seen. 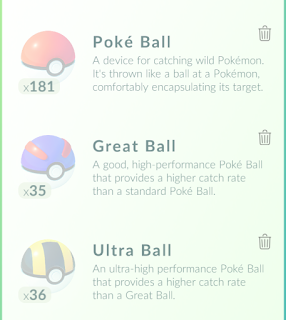 With the girls wanting to play Clash Royale with their cousins & not knowing everyone in the UGVM clan I decided it was safer to make a new clan where the kids can all play together against each other. This will disadvantage me in the number or donations/card requests but I'm ok with that, it will give the kids a chance to catch me up & level up their towers & cards.

Had a good session with No Man's Sky yesterday I've now jumped to my 2nd system spent a bit of time in the space station, found a nice small yellow ship I liked but it was 10 million, I think I read somewhere that if you dismantle the upgrades on your current ship the new ship becomes cheaper.

Yeah, well that does not work, I went out of the space station & got attacked by pirates. I quickly upgraded what shields I could with the dismantled materials & legged it to the nearest planet. Got to a trading post and spent some credits upgrading my weapons on the starship.

There were three planets on gospvg - acorn electron but they were all pretty dull so I built another warp drive & went to the next star system. I got a notification about some anomaly in the galaxy which I have ignored for now.

Got to gospvg-atari ste, planet quartet & lemmings were boring the usual emeril & aluminium deposits. I then landed on planet dungeon master & it said the sentinels were hostile? What are they hiding I thought, I could not find anything so flew to the nearest trading post & saw these glowing white balls that had a green exclamation mark on them? Picked one up and my wanted level shot up to three & sentinels appeared out of nowhere including a dog-like creature. I just ran into the trading post praying they would not follow me inside. I forget what they are called but they are worth 27K each !!

Created a save point & called it a night. Will return to planet dungeon master soon to collect some more of these orbs. I need 10 million to buy that small yellow ship I want & get rid of my current tank.

Space battles (once you have the equipped shields & weapons) are really good fun.


Last but not least completed episode 2 of Walking Dead Michonne, it has some moments which really shock you & make you squirm a bit. One more episode to go which I should complete at some point this week.

What else would I be playing but No Man's Sky of course !!
It's amazing I love it, yes it may have some flaws, issues or features missing that Sean Murray said were in the game but I still love it for what it is now.

Took me a while to decide on a naming structure but then it clicked my history page http://www.gospvg.com/p/history.html

So I have gone with gospvg-mini munchman for my first star system & named the planets after the nicknames for my kids. In the video below is my starting planet gospvg-nemo, I should have gone with just nemo & taken the gospvg prefix off like I did for my 2nd star system gospvg-acorn electron.

I've been playing for quite a bit focusing mainly on getting enough money to upgrade my exosuit from drop pods & upgrading my multi-tool.

I'm still with my first ship the Rasamama S36, wish you could rename ships, hopefully patched in the future by Hello Games.

I did go to my 2nd star system gospvg-acorn electron briefly but it was a bit dark & bare so I returned home to try and 100% the discoveries on the planets.

This game has me hooked & I probably won't be playing much else for a while.

I've been playing quite a bit of Destiny with my Titan on light level 296. Having finished the main Taken King campaign, I am now looking at the various sub-quests. Hopefully will get a UGVM team together to tackle the raid.

I'm enjoying playing the odd crucible match every day to get legendary marks, will hopefully get enough soon to purchase some year 1 exotics I love like the Suros Regime.


Played some more Lego Star Wars with my daughter (although having issues uploading the video to YouTube due to various copyrights on the sound, if I can't figure it out today I will play the levels again with the music turned off).

Not played much Pokemon Go recently got annoyed by the constant wasting of poke-balls to catch Pokemon. Hopefully this has been fixed in the latest update. Current pokedex stats are Caught 61 Seen 63 annoying Rhyhorn got away this week after using lots of raspberries & great balls.

Completed the 300th game in a row on Lost Cities with Carl recently.

Need to play the next episode in the Walking Dead game & looking forward to No Man's Sky hopefully arriving in the post today.
Posted by Krazy Khan on August 10, 2016 No comments: 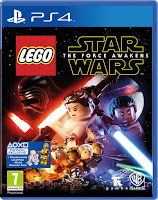 Started playing The Force Awakens with my youngest which is a good challenge in teaching her some basic gaming skills. It's going well so far we are up to chapter 3 & only a couple of time have come unstuck on what to do next?

The biggest issue at the moment which I can't figure out is if we only have two characters to choose from how can we swap so I can be BB8 & she can be Rey?

I also purchased Telltale Walking Dead Michonne in the current sale which is a three episode series, more of the same & no surprise yet having completed episode 1.

The big news is the return of Destiny !!


Again in the recent sale, the boys wanted it & I missed it a little bit.
It's good to be back playing with Hakk, Gus & the rllmuk guys.

Pokemon Go I am finding frustrating because the game now requires me to waste so many pokeballs catching a simple pokemon, I wasted 8 catching a Pidgey & lost 6 trying to catch a Squirttle. I'm not enjoying it anymore.

Clash Royale is going well I now have my commons up to level 9 & have broken into Arena 6 !!

Can't wait till next week No Man's Sky :)