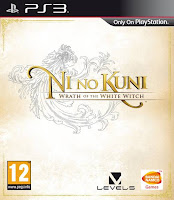 It has been a long time since I have enjoyed a J-RPG, Ni No Kuni does have it's grinding moments like most J-RPGs but you can overcome these by doing the many sidequests in the game.

I spent a bit of time finishing off all the sidequests & sourcing materials to make better weapons before entering the ivory tower for the final showdown with the white witch.

I won't kid, the last boss fight is very tough & I just about managed it with my level 80 characters, any lower would have been a struggle.

Lovely music mixed with gorgeous visuals made for a truly amazing experience, if I had any gripes it would be that I wish instead of text it was fully voice acted.

Anyhow back to some games that I have neglected for a while X-Com & Borderlands 2.
Posted by gospvg on April 28, 2013 No comments: 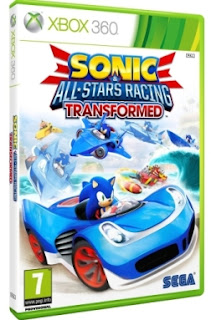 I've not played the career mode & jumped straight onto online multiplayer with GusTavToo. Actually before the PMG with Gus I had a few races with the first three finishing on a DNF.

You need to know how to drift in this game hold down that LT & control your vehicle for longer drifts & then let go to boost !!

It's not just all about being able to drift, more important than that you need to learn the maps. Because once you do then you will know when to drift & where the jumps are to perform tricks.

I managed to a streak of two 4th place finishes followed by a dizzy 2nd place taking my ELO up to 1195 before falling flat on my face with a 7th & a DNF on a new track.

Not bad for a first play but I have a long way to go before I can become the drift king.
Posted by gospvg on April 15, 2013 No comments:

Email ThisBlogThis!Share to TwitterShare to FacebookShare to Pinterest
Labels: Sonic the Hedgehog, Xbox 360

But before I do, I think a bit more grinding & sourcing of materials to create some weapons & armour is needed. It was good to get a few hours this weekend to enjoy the game & finally kick Shadar's BUTT !!
Posted by gospvg on April 14, 2013 No comments: 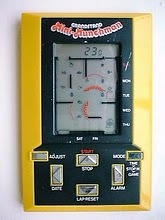 The first part is still correct, I'm getting older but the second part not so much.

Be it because of family, new job, age or just boredom. I am not enjoying playing video games on console or mobile.

The fact I turned off playing ni no kuni to continue watching a few more episodes of a TV box set. Just shows what I am enjoying more for entertainment & it's not gaming.

I'll keep the tag for now but it needs to be amended to getting old & stopped playing video games.