I played an April Fools on UGVM (facebook group) saying I have given up gaming, it's never going to happen but I may have some weekends like the one just gone where I do not get time to play the PS4 but mobile gaming will always give me a few minutes of fun. 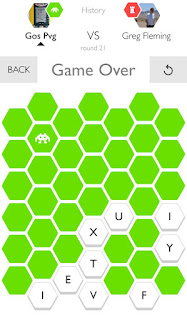 It's a welcome return to Capitals which has finally been fixed, I was getting constant crashes when starting a new game.

Managed to get the Baby Dragon up to Lvl 5 in Clash Royale but still hovering around the 2750 trophy mark.

Tiny Rails has had another update with a Mexico & Central America area unlocked.

Ran out of pokeballs so had to do quite a bit of pokestop visits to top-up & I managed to catch a Vulpix which was loitering outside my house yesterday. With the time change & sunny days I expect quite a few trips to the local park with the kids to catch Pokemon.

The usual Carcassonne & Lost Cities complete the mobile gaming. Not touched the iPad much for gaming so have not gotten any further in Crashlands.

Good news on the PS4 front, I managed to finish off World of Final Fantasy, in the end I was way too over-leveled for the last boss fight & it was a breeze.

I've started going through the PS+ collection of games to enjoy some of the smaller titles on offer & have started with Tiny Troopers which is a top-down action shooter, you can level up the soldiers by completing missions but if they die in combat you either lose them or have to use medals to revive. It is a simple game & nothing too difficult but I like the character style & it's fun. 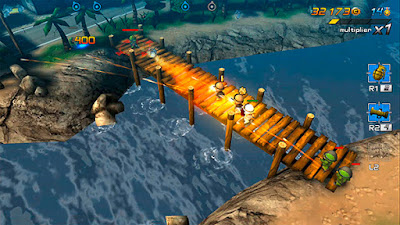 I did not purchase Mass Effect Andromeda in the end, the poor reviews put me off, the game obviously needs some more months to fix the various issues but was obviously rushed to release. I will wait on that & pick up later in the year.

Persona 5 is another game I want to enjoy but not purchasing anything at the moment, need to play what I already have on the shelf. I could not go from one JRPG to another so Final Fantasy 15 will have to wait, Abbas is playing XCOM2.

So I went back to have a quick look at my sell pile & decided to give Watch_Dogs 2 a try, gave myself an hour & to my surprise it was very enjoyable, you get to access to some new toys like a RC Car & Drone. There are lot's of side quests including taking selfies to go along with the beefier main missions. There is a lot of profanity in the game which is far too excessive but I enjoy the challenge of the main missions & trying to complete them by stealth.

I'm hoping with the Easter break to play quite a bit of this if I don't get distracted by Destiny of course!

Destiny 2 has been announced & I have pre-ordered the digital edition, September 8th Day 1 !

On that note, until next month keep on gaming.