Started Dragon Quest Builders this week, it's a J-RPG heavily influenced by Minecraft, mining for resources & then building from those or crafting them into new items. The quest like structure gives the game a purpose & keeps you moving forward to ultimately battle the evil dragon lord.

I completed Deus Ex Mankind Divided which ends with a to be continued plot line so I fully expect to see another game next year using the same engine. I enjoyed visiting some of the locations especially the Complex, did not really try out much of the new skills apart from remote hacking which was very useful. Don't have the time for a New Game+ playthrough so it's completed.

On No Man's Sky I completed the Atlas Path which rewards you with nothing noteworthy & decided to just watch a YouTube video on the journey to the centre. I feel a bit let down by Hello Games on their lack of communication on what they plan to do with the game if anything so for now I am done. 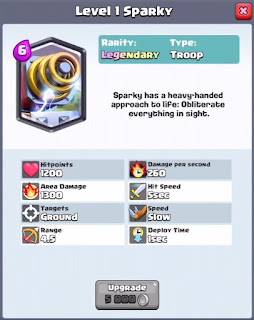 On iOS I started playing a new game called Oz Broken Kingdom on the ipad it takes the Wizard of Oz story and adds a new twist to it with turn based battles & character upgrades. It has a campaign mode & arena battles with the various obvious upgrades & time based unlock features you expect from most free 2 play games. So far I have not hit any paywalls.

I managed to get a legendary Sparky card on Clash Royale from a free chest !

It's very good you need to let it charge up but it does some serious damage when it attacks.

Next need to save up another 8000 coins to upgrade my bomber to level 10 & then focus on the giant.

Not buying anymore PS4 games on release this year (famous last words) will enjoy Dragon Quest Builders, X-Com 2 (which Abbas has taken with him for now) & the many digital games I own like Telltale Borderlands & the others I can't remember.

No PMG this week but I do really need to get back to playing some Lego Star Wars & Destiny.
Posted by Krazy Khan on October 19, 2016 No comments:

What do I say?

That tweet six years ago, if only we & Owen knew how serious it was he would still be with us. A day later he passed away :(

He was probably the biggest Batman fan I knew & anytime I play or watch Batman, even the latest Gotham series I stop to think I wonder if Owen would have enjoyed that?

Miss you Batman.
Posted by Krazy Khan on October 13, 2016 No comments: 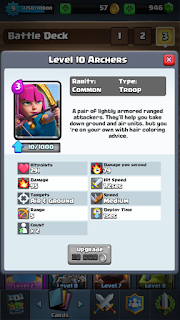 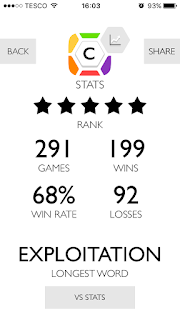 It's been a bad few weeks for gaming, just not had any time to sit down and play any Deus Ex, No Mans Sky or even much Destiny. It's been the odd few minutes on the mobile only playing another round of Clash Royale or another turn in Carcassonne, Disc Drivin or Lost Cities.

A recap (more for myself to remember) on where I am on the various games. I left No Man's Sky on the Atlas path collecting Atlas Stones, I have 9 I think but will wait for Abbas to come back from Uni to collect the 10th.

Deus Ex I had just completed the Rucker main quest & returned to Prague. Destiny I've completed the main campaign, now have a stack of side quests & the grind to increase my light level.

I did start a new game on iOS called Wordlings, it's another letter/words game with different modes & powerups to get you even higher scores. It's perfect for a few minutes of gameplay which is all I seem to have at the moment.

XCom2 arrived in the post but I'm not starting it until I have finished Deus Ex & I placed a pre-order for Dragon Quest Builders because my daughter enjoyed the demo.

Downloaded the PS+ freebies for this month in Resident Evil & Transformers Devastation. Both good games & looking forward to playing them at some point.

Hopefully will finish of Diablo 3 with the Claptrap Boys this evening so we can move on to starting The Division.
Posted by Krazy Khan on October 05, 2016 No comments: