Gaming Shelf - It's a me Mario! 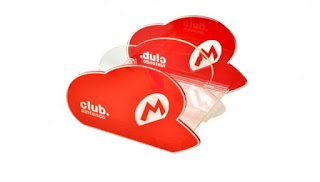 This is my gaming shelf, I had lots of Nintendo points to use up so went & ordered one of these Mario gaming rack. It's designed for 3DS/DS games but I use it for the PS4.

Nintendo love Sony and vice versa so it's ok.

What is on it at the moment then?

You can't fit that many games on it! True you can only get around 8 so the titles in red are on the shelf with the others in a cupboard.

I completed Dragon Quest Builders at the weekend & just ordered Rise of the Tomb Raider today so will start that when it arrives. Loved the first game in the reboot series & was pissed off that it was an XB1 exclusive for a year.

Final Fantasy XI has been released but I am going to wait for a few months for patches to fix issues I am reading about camera control & combat gameplay. Hopefully it will by the drop to my impulse purchase price of below £25

World of Final Fantasy is also on my shopping list, also I may be buying No Man's Sky again, Hello Games have released an update which brings new features like base building & survival mode.
Posted by Krazy Khan on November 28, 2016 No comments:

The not so weekly update - Still playing

I'm still playing Dragon Quest Builders, just completed Chapter 2. The final boss destroyed part of my original town so I rebuilt it into a wooden castle.

Completed Everybody's gone to the rapture, did not like it. 3 hours walking simulator which they could have made a 90min movie & I would have enjoyed it more.

iOS nothing new just the usual. Got to Arena 8 in Clash Royale now, it's tough but I'm still doing ok with my Giant, Dragon, Prince & Hog Rider deck.