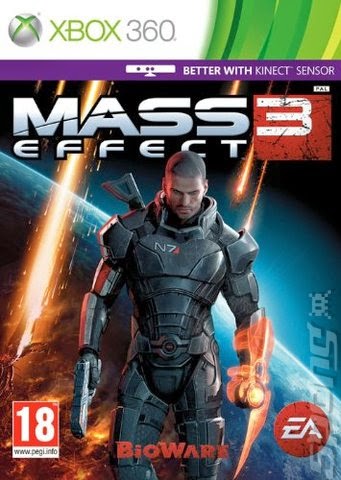 Yes I have Knack & Dishonored to still complete but I have forgotten the story, button control & what I was doing in both of these games. Also I really wanted to start playing Mass Effect 3 instead.

I imported my 45 Hour ME2 character to receive bonus credits & level stats to upgrade some skills.

The Reapers have arrived & Earth is under attack. Ashley has had plastic surgery & arrives in time with the Normandy to save you. A quick trip to Mars reveals a Prothean weapon that could be useful against the Reapers but alas Cerberus possibly also have the data. Ashley also gets her butt kicked & ends up in the Citadel hospital. Whilst I walk around trying to convince the citadel politicians to get take the threat seriously & support Earth.

A few subtle changes to the interfaces with a quick save on the back button but otherwise it is the same control method. The map screen is now slightly easier telling you where characters are located. I have not noticed any other differences.

After the brief tour of the Citadel I'm on a mission to save a turian primarch.
Rumours about ME Trilogy inbound for PS4/XB1, wish the developers would focus on releasing new games rather than releasing previous gen games with a fresh lick of paint.