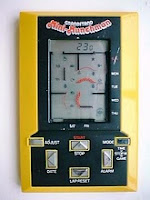 1981 - The year it all started, my father bought me this little handheld toy from Selfridge's. Little did he to know that this little machine would be the catalyst that would start a life long video gaming hobby. 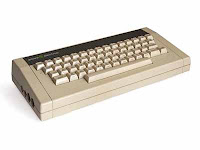 1984 - The arrival of computers to the household in the form of the Acorn Electron. This was a reward from my father for me finishing reading the holy Quran. Allah was generous and persuaded my father to also buy me some games (Sphinx Adventure, Snapper & Starship Command)

1985 to 1989 - I never owned a NES or Sega Master System but my friends did & I would spend many hours playing Mario & Turtles on the NES or Space Harrier on the SMS.

I would also spend most of my pocket money at the local pizza shop not eating pizza's but playing the collection of arcade machines they had from Pac-Man, Double Dragon, Space Harrier, to Out-Run & many more.

Never has a 10 pence coin bought me more enjoyment since.

1989 - Saturday Jobs - you have to love them, I saved & purchased the Atari STe, this taught me that you could do so much more than play games on computers. MIDI & musical keyboards using Quartet & Stereo Master to sample & sequence songs.

1990 - Did any of us purchase the Game Boy for any other game? Of course not Tetris was an addictive puzzler. I did not purchase many games for the Game Boy because I did not have that much time for handheld gaming, when at home I would use the Atari ST so the Game Boy was only used for any journeys that had to be made.

1991 - The year of the blue hedgehog had arrived & my return to console gaming with the purchase of the Sega Megadrive & Sonic the Hedgehog. 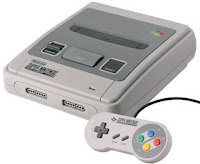 1992 - Hadouken !! after wasting so much money playing the arcade game I could not resist but purchase Street Fighter 2 with the Super Nintendo console of course. Yes it had borders but I did not care with my younger brother we had so much fun fighting against each other. Ryu vs Ken round 1 FIGHT !! 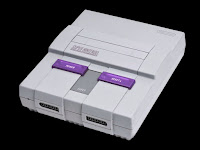 1994 - The majority of my console releases have been triggered by one particular game being released & this is still the same rule for the purchase of a US Super Nintendo console. But & a big but the magazine Super Play had a big part to play in this because if it was not for their review of Final Fantasy 3 (FF6) I would not have purchased the console & fallen into the world of import gaming.

1995 - I traded in my US SNES console & a box full of games for an import JAP Playstation with Ridge Racer (Years later & I have no regrets over my purchase but just the loss of what I had actually traded).

1996 to 2006 - The car boot sale & ebay years purchasing many consoles I had never owned like the Sega Saturn, Nintendo 64, Vectrex, Atari 2600, NES, Neo Geo, Sega Master System, GameGear, Game.Com, Jaguar, Lynx & many many more that I hardly ever played.

Some of these I still own but the majority have now been sold.

2001 - Gran Turismo 3 was enough for me to purchase a PS2 console & continue my love with Sony ignoring the Gamecube, Xbox & brief experience of Dreamcast (Skies of Arcadia/Quake 3) this was the console of choice for this generation.

2006 - I have never really played handheld consoles much preferring the sofa sitting experience but the GBA Micro was the only exception. This little beauty and a collection of RPGs like Golden Sun, Advance Wars & Zone of Enders had me glued to it little 2 inch screen. Nintendo have not made a better handheld since.

2008 - I had a quiet period of a few years 2005 to 8 where PC gaming became my main source & I had just started Bioshock when I got offered a 360 console with a stack of games for a stupid price. To this day (Feb 2014) I have still not completed Bioshock. 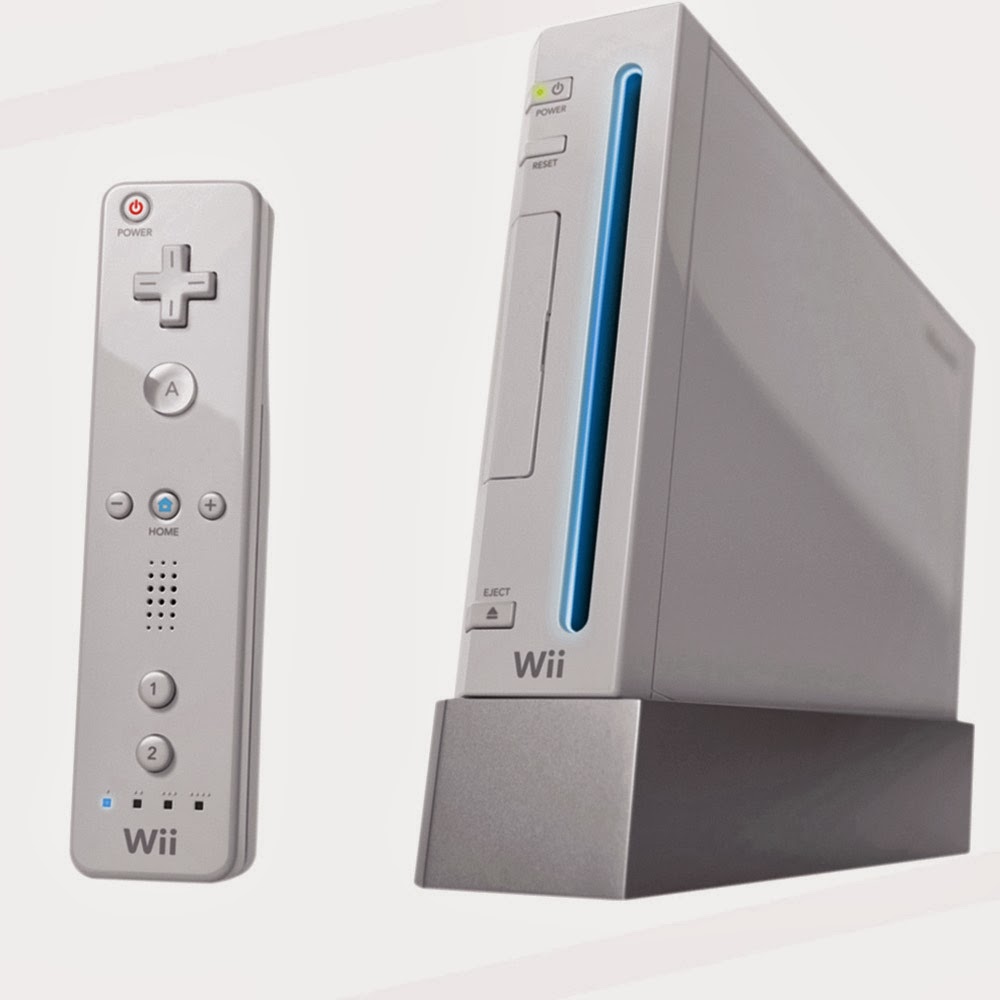 2008 - Everyone & their dog were playing Wii Sports. To this day I have not completed a single Wii game.

This is the 'Family' console that gets dusted off & played whenever we fancy a Mario Party, Guitar Hero or Wii Sports session.

Nintendo might have brought gaming to the masses with the Wii & DS consoles but I was happier playing the 360 console instead. 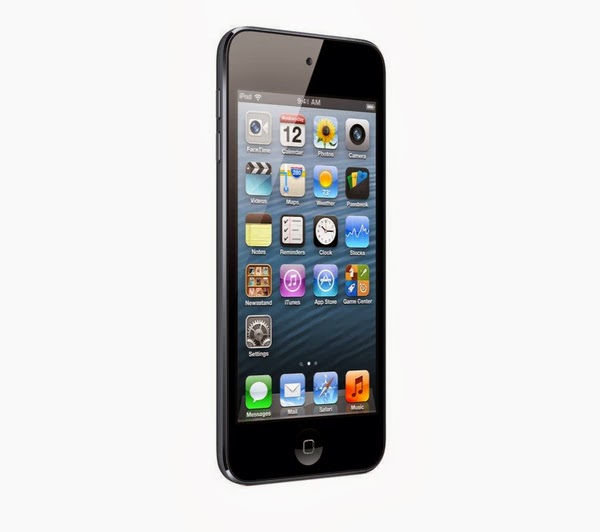 2009 - Not since the GBA Micro has a little mobile device provided so much gaming enjoyment, the iOS platform is now the default mobile platform of choice because I can purchase one app to be played across multiple devices. This iPod touch would get passed down in the family with newer iOS devices like tablets & phones purchased over the years to come.

2010 - The lure of Gran Turismo was again too much to ignore & the PS3 was purchased, apart from the exclusive releases like the Uncharted series & The Last of Us/Journey it could not compete against the 360 which was the main home console that generation.

2013 - An impulse purchase decision thanks to Sessile being in the right place at the right time to purchase for the right price. Alas the enjoyment was short lived with only Lego City Undercover providing any enjoyment & the sheer lack of games on the machine, the console was sold.

2013 - PS+ is an impressive subscription service from Sony that offers you a stack of new games to play across their consoles every month, thus the Vita was purchased to gather dust. History should have taught me that I don't use handheld consoles that don't fit in my pocket.

2013 - I was adamant that next gen I would only own one console because the others always get ignored. Thanks to Microsoft's clusterfuck of E3 2013 & PS+ it was back to the land of Sony for a new generation of gaming.

2014 - The return of the WiiU thanks to the release of Mario Kart 8 along with purchases of Super Mario 3D Land, New Super Mario Bros, Zombi U & Zelda Wind Waker.

Hopefully this time around it will stay longer.

2017 - Incremental hardware upgrades that boost the performance of a console to play a game better, I had no other choice then to oblige. My son has inherited the older PS4 which means we can enjoy some online gaming together.

2017 - My first real taste of virtual reality, impressive tech but so many cables really makes it a faff to set up & enjoy.


Alas I got rid of it a year later due to it not being used & suffering from motion sickness of some games.

2018 - The PSVR went but I used that money to purchase a Switch to enjoy local multiplayer games like Mario Party & Mario Kart.


I think every home needs a Nintendo console & this time it's staying. I'm not spending money on extra controllers & games again to only sell it a few years later.

2019 - Hello Games announce that No Mans Sky VR will be released Summer 2019. I squeal! & go purchase another PSVR unit but this time the 2nd revision.

Kids are glad it's back so they can play Job Simulator. 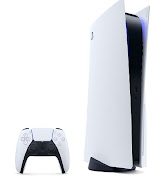 2020 - The next generation arrives with the Playstation 5 and it's new Dual-Sense controller.

Preinstalled with Astro PlayRoom which is a lovesong to the history of Playstation gaming and also shows off the features of the controller.

Now with an SSD drive thankfully long loading times will be a distant memory.