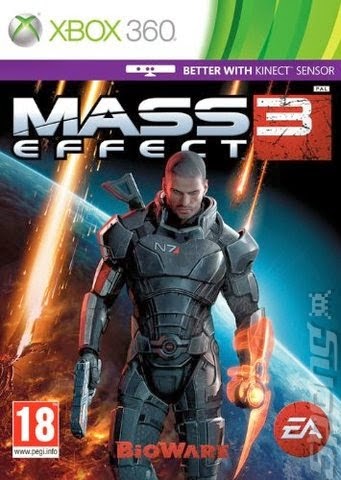 I enjoyed planet scanning for minerals in Mass Effect 2, this has changed quite a bit now in that you scan the solar system you are in to reveals areas/planets to investigate. You can only get three to four scans before the reapers are alerted & you have to run the Normandy out of the solar system to escape. If you get caught you restart the game.

You find lots of fuel, some credits, intel which you can then use at Liana's Glyph for upgrades or side mission artifacts (fetch & retrieve quest lines).

Ashley is now out of the hospital & has accepted an offer by Udina to become a Spectre. I've met quite a few characters from the previous games including Garrus who is now an advisor on Reaper matters but happily joins me on my quest. Miranda who is worried about her twin sister again. Jack who is now a biotic teacher, Kasumi who is still using her stealth abilities to steal tech, I've sent her to help the alliance build the reaper weapon. EDI has decided to take over the robot that attacked Ashley to give herself a body. Thane who is still slowly dying, Urdnot Wrex & Grunt who I've helped recover a female Krogan from a Salarian research lab, hoping Grunt becomes a controllable character so I can recreate my Mass Effect 2 team again (Garrus & Grunt).

For now my team is Garrus & James. I've done a ton of side missions since my last post & rescued the Turrian Primarch. After saving the female Krogan, I now need to go and dispense a cure for the genophage. Cerburus also are a constant thorn, the illusive man I think wants to control the reapers.

Mass Effect 3 is all about uniting the various races together to take on the reapers but for now I'm a chemist dispensing a cure for the genophage.
Posted by gospvg on May 06, 2014