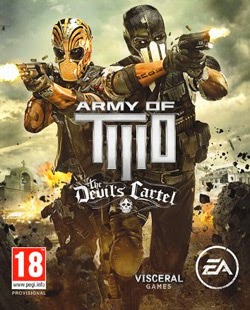 It's a shame that most co-op games on the 360 are shooters, after many years of playing these the genre has now become tiring. We still went ahead & completed this game but I would be lying if I said it was an enjoyable experience.

Just ticking off the various missions until the cartel was destroyed leading to a final showdown with Salem.