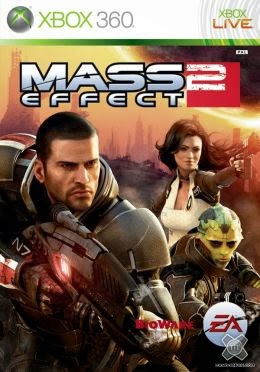 After completing Assassin Creed 4 I decided to take a break from the PS4 & return back to the 360 to start playing Mass Effect 2 ( I really should go back to Dishonored at some point). I am enjoying this game far more than the first, I found the side quests really boring in the first game & then rushed the main quest to complete the game.

Good to see some characters from the first game returning, I have just recruited Garus to go along with Zaeed in my group. The levelling up of the characters is far more simpler than the first which is a bit disappointing but thankfully the mini games for hacking etc are far easier.

I'm currently focusing on side quests to recruit team members whilst also scanning planets for resources needed for upgrades & research.

Even though I have the PS4 I expect most of my gaming this year to still be on the 360 tackling the back catalogue which still includes Mass Effect 3, Bioshock Trilogy, Dead Space 2 & 3, Fable 3, GTA V & a few more I forget.