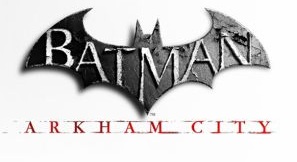 Batman Arkham City - 21st October 2011
Since playing Batman Arkham Asylum http://gospvg.blogspot.com/2011/01/2010-game-of-year.html last year this has been my most eagerly awaited release of the year. I booked a day off work to ensure I could spend the day enjoying it but life threw a double six a few days earlier & I fell ill with a cold but this was Batman so feeling rotten I still drove to my local Sainsburys to buy for £34.99

You are then treated to a nice intro sequence and get to control Bruce Wayne into his transformation to Batman. There is no tutorial to the game reminding you of the buttons so you need to either use trial & error or read the on-screen control options. The game is very good but it has not given me that wow factor like Arkham Asylum did because it just feels like more of the same. I had a similar feeling when playing Fallout New Vegas, that was a good game but did not have the wow factor of Fallout 3.