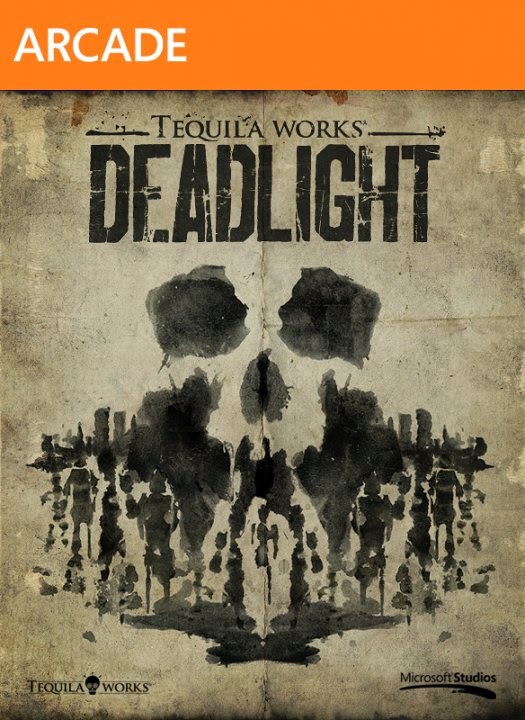 Except it's no metroidvania you have no map & you only keep going forward. It does have atmosphere but I think I'm OD'd on zombie games this generation to appreciate it.

I needed something short to play whilst co-op gaming (Army of Two/Knack) with the boys so turned to the ton of XBLA games I have on the 360.

It is not a bad game, I'm still enjoying it but it could have been so much more. WHY?! have Chair Entertainment not made a Shadow Complex 2 ?!!

Back to Deadlight you are Randall Wayne & the game starts with you shooting another surviver in the head who has just been bitten. You help the other survivors escape & begin your search for your family.

Whilst walking, running & zombie bashing your way across Seattle you find a group called "The New Law" who seem hellbent on killing other humans that won't join them. I came across Sam one of the survivors who I helped escape earlier shot by this group & bleeding to death.

I continue my way across Seattle but eventually get cornered by a crowd of shadows. A manhole cover opens & I get dragged inside by 'RAT' an old man living in the sewers. The sewer section of the game is full of booby traps for the shadows but I need to be careful to ensure I don't get caught in any of them. 'RAT' then asks me to go save his son for him & he will give me information about the other survivors & my family. There is a sequence where a helicopter is chasing & shooting at you, this took me quite a few attempts but it is all about timing your jumps to vault over obstacles.

This is not a game where you have an unlimited supply of ammo & just shoot all the zombies. The opposite in fact, it is better to avoid confronting the shadows & conserving your ammo for when you really need it. I tend to use the 'shout, jump & run' approach quite a bit. Shout to grab the shadows attention when they are all gathered below me jump over them & run !!
Posted by gospvg on February 05, 2014