Whilst waiting for episode 2 of Game of Thrones to download I returned to Metal Gear Solid V it took me a while to remember the controls. SNAKE !! Snake snaKE !!!!

I played a few side missions clearing out mines, rescuing prisoners & shooting all my sleep ammo into a bear to capture him. This helped my brain refresh the controller pad layout.

The boys always complain when I play because I take so long to complete a mission. I like to visit every outpost and clear them of soldiers & resources. I don't use lethal weapons only sleep or stun weapons so I can extract the soldiers back to my base to level up each platform.

I have mostly A rated soldiers or above on all of my platforms, I've upgraded the main platform to the max 4/4 & the others are on the third tier. To upgrade to the fourth stage requires a stupid amount of resources which I have some from the extracted containers but need to wait for them to be processed. 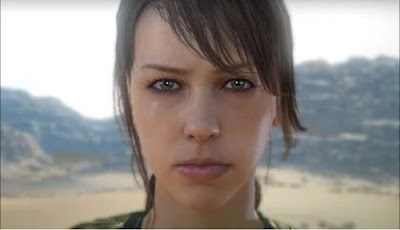 I have now unlocked Quiet to become a companion and she is very useful, I have her scout out an outpost & then cover me so I don't get attacked. I then analyse the soldiers looking for any S Rated soldiers to extract. The horse for a companion was useful for moving around the terrain but now I use a Jeep. I've not yet tried the D Walker companion to see if that is any good.

I've just completed mission 18 Blood Runs Deep & Quiet was very useful killing the enemies whilst I extracted the child soldiers. I understand why Quiet wears her skimpy outfit but I don't like it & with her bond now maxed out I have given her the gold outfit.

Episode 2 to 6 of Game of Thrones has now downloaded but for now I will continue with Metal Gear Solid V.
Posted by gospvg on January 30, 2016 No comments: 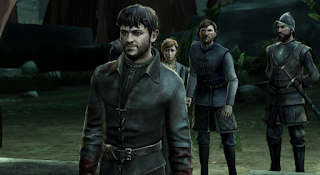 Also started Borderlands Pre Sequel which now has a local four-player option so should be fun & chaotic. Need to get back to Metal Gear Solid V & DriveClub at some point but I expect this weekend will be mostly Borderlands & hopefully Episode 2 of Game of Thrones.
Posted by Krazy Khan on January 22, 2016 No comments:

Fifa 16 - Getting ready for TOTY packs

After finishing Fallout 4 I've gone back to playing Fifa & FUTdraft to collect packs for the TOTY team release this weekend, I've got 12 packs at the moment waiting to open in the hope I can get one TOTY player.

I usually play FUTdraft with the boys and to make it more interesting we are now choosing our selections by blind picks (picking a number & see who we get). This has resulted in some dreadful choices like John Terry, Shane Long or a horrible formation like 5221.

Scored a lovely volley with Hulk, wish me luck for the weekend for a TOTY player. 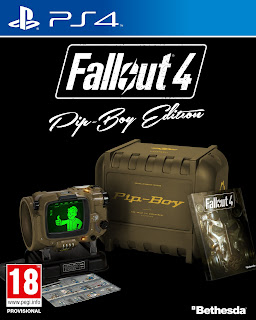 It's an enjoyable game but feels all too familiar, the main campaign is not that satisfying especially the ending & only a few of the sidequests offer a new experience.

It's a much more reliable release though, I had a few crashes & graphical glitches but much less than the previous games on the 360.

I've completed the ending for Brotherhood of Steel & part way through the Railroad ending not sure I can muster the enthusiasm at the moment to see it through, after playing it for quite a bit over the xmas break I need to just step away from gaming at the moment.

Overall not bad but certainly not game of the year. 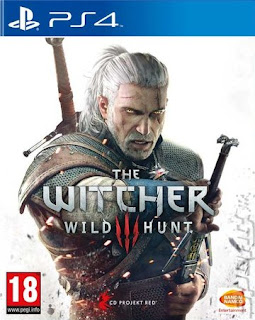