Uncharted 3 - Return of the Drake 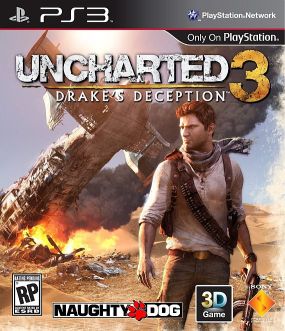 Initially I had planned to play the last two Fallout New Vegas dlc's but instead looking at the long list of PS+ titles I've downloaded I opted to play Uncharted 3.

It's Nate & Sully off on another whirlwind adventure. I'm currently up to chapter 8 & have already experienced a bar brawl fight, a trip down memory lane with young Nate, an abandon London Underground lair & visited a ruined chalet in France.

I can't quite put my finger on why but I'm enjoying this game more than the previous two adventures. I don't enjoy button press gaming but I can understand the reasoning behind the process.

Naughty Dog does not disappoint in its cinema style of gaming with some great set pieces so far. My favourite so far the swarm of spiders chasing you on your escape out of the chalet. I'm now off to Syria to find another half to an artifact & also to ensure that Cutter & Chloe are safe.
Posted by gospvg on July 25, 2013