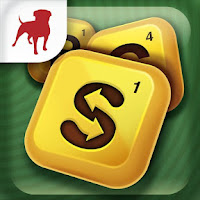 There are so many iOS turn based games you can play against friends & randoms. You are spoiled for choice from board games & word games to quiz & drawing.

Thus I have decided to say farewall to a few that I have been playing over the last couple of years.

Firstly Wordfeud, it was always the poor cousin to Words with Friends & just never get the recognition it deserved. Letting you play in various languages & also giving you the option of a random board layout.

Lastly I say goodbye to Jenga which is a shame but the notification system on it is just broken & the developers no longer seem interested in fixing the issue.

So what am I currently playing?

Carcassonne, Words with Friends, Hero Academy & Disc Drivin will always be on all my iOS devices because they are all excellent examples of turn based gaming.

Others that I am still playing are Draw Something (iPad only), Song Pop (Although I am quickly getting bored of this), Trivie (again annoying because it is tailored to the US market on the question bank) & Friendle (Backgammon only with random players because no-one seems to be playing this anymore).

I have a few others that I am testing with Abbas & trying to figure out how to play them like Bang, Ticket To Ride & Outwitters. Before I decide on keeping or deleting them.