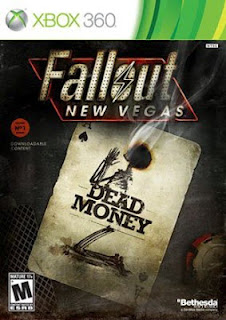 After recruiting the three members of the team it was time to set off the gala event which unlocks the entrance to the Sierra Madre. You escort each member of your team to a location in the villa to trigger off the opening gala event. There are lots of ghosts now to kill but I found the best weapon to use was the bear trap fist, firstly it does not need any ammo & wih usually 2 or 3 kills you would either kill the ghost or make them unconscious & then shoot them with the shotgun.

With the gala event triggered you could now enter the Sierra Madre. Upon arrival you are knocked out by the security holograms & your team members are moved to different locations. You then need to track them down & along the way find out why the casino was built.

There are a lot of speakers & security holograms in this section but you can hack these via the nearest computer or destroy the speakers if they are blue or a radio.  I won't spoil the game much more but once you have all the information you need then you can break into the vault. You then are giving the option to confront Father Elijah who I obviously killed. You get some nice loot in the vault which with some careful planning and a possible game glitch you can take with you back to the wasteland.

I enjoyed the DLC but I think this was mainly because after completing Fallout New Vegas in 2010 I've had an 18 month gap before playing the DLC, next up is Honest Hearts.
Posted by gospvg on July 10, 2012