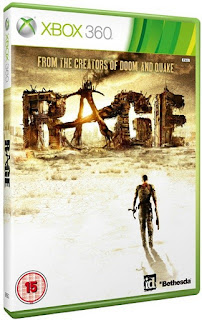 Gaming OCD - Obsessive compulsive disorder that manifests during gaming. A person may not have OCD in real life, but will display OCD behavior in a game with exhausting inventory organization, breaking every possible breakable object in the room or always reaching the level cap.

The "Large Mutant" collector card incident recently in Rage has bought my gaming OCD to my attention.
Why must I spend hours doing every little sidequest, collecting every card & getting achievements?

Why does it take me much longer to complete a game and yet Abbas will run through it and complete it in a fifth of the time?

The incident in Rage has taken me to a crossroad. Do I restart the game having already put in 18 hours? or Do I continue playing the game ignoring my OCD tendencies to complete it and move on?

Time is a very precious commodity and like previously in my gaming years once I realise a game has made me waste that time I will forever hate that game. Previous examples of this I can recall are Half Life 2 after playing for 20 odd hours I got to a section where I had to activate a door & the game stopped dead, I could not go any further, my response was to delete the game.

Dungeon Siege 2 on the PC having played for 40+ hours I was nearing the end of the game when I was hit by a game saving bug that wiped out all of my 6 save files, on that occasion I snapped the disc in half.

Rage oh Rage !! what shall I do with thee? Your poor gaming design choices have stopped my gaming OCD by not allowing me to collect a card I need to complete the achievements for "Collect Them All" & "Obsessive Compulsive"

I spent time playing your mini-games, competing in your races ensuring I would finish first, purchasing schematics & completing sidequest upon sidequest !!

And you then go WALLOP !! me around the face by not allowing me to collect a card !!

But is that your fault or my gaming OCD?
Leaving the minigames, sidequests & races to one side and coming back to the main game. Have you stopped me playing that? Have you caused me to get stuck in a lift I cannot advance from? Have you deleted all my gamesaves? No but what you have done is bought my gaming OCD to my attention, be it the fault of "Achievements" or me the "Gamer"

I will learn from this & I will change.

To start with I am not going to leave you unfinished, I will finish you BUT & it's a big BUT my love and enjoyment for you has gone & it is has been replaced by Anger & RAGE !!