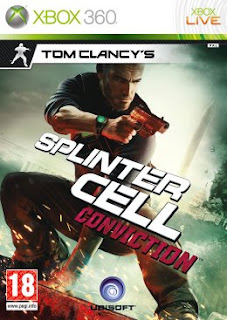 The co-op campaign has you control Archer (agent of Third Echelon) or Kestrel (an agent of Voron). The game offers the usual on-live co-op but more importantly has a split screen option which meant I would play with who else but Abbas.

The story takes place before the single player campaign and has the two agents team up to stop an arms sale taking place in Russia. The story is split into 4 lengthy chapters starting you off in St Petersburg before moving you onto the Russian Embassy then the Yastreb Complex & finally Mozdok Grounds.

I can't tell you much about the storyline because there is not much you basically start a chapter & have to get to the other end destroying enemies & equipment from turrets, cameras to mounted guns. Some sections of the game have an unlimited number of enemies spawning until you complete the objective, these can prove challenging especially on the realistic difficulty setting.

The joy from these games come from playing with a local co-op partner, Abbas managing to deactivate a turret or I sniping an enemy from distance. The banter when one of us falls in combat and the other has to run over to revive to the planning that is required on some of the more difficult sections. Apart from on-line gaming local co-op for me has made this generation more enjoyable from playing Halo, Gears of War to Army of Two, Rainbow Six Vegas & now Splinter Cell Conviction. Go on share your sofa ...
Posted by gospvg on October 10, 2011