Dead Island Riptide - It's all about the mods 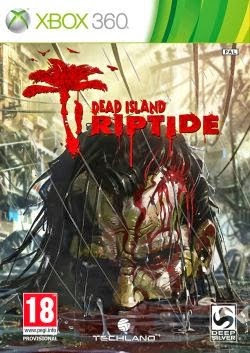 Not posted about Dead Island Riptide since the New Game post so a quick update.

Dead Island Riptide fun factor comes from the various mods you can collect throughout the game.

These are found scattered around the island & you need a base weapon with some materials to create the mod from any workbench.

I created a High Voltage (upgraded version of the shock mod) in the recent PMG with a Sugar Cane Knife some duct tape, wire, battery & electronic scrap. It does a very nice 1000+ damage.

I also collected a Medieval mod yesterday but I don't have a base weapon to create this yet.

The story is progressing along we are on chapter 7 having gone through some tunnels to face a boss fight against The Wrestler. Lots of fire damage & grenades helped us bring him down.

Arriving at the ferry station we were met by thugs who wanted to take all our gear, that ended in them meeting a 'group fury' & getting pummeled to death.