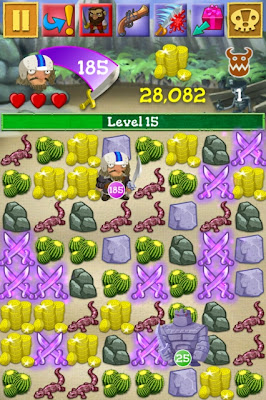 Not really s new game I have been playing for a few weeks, sucked into yet another match three iOS game.

It's quite enjoyable with the pirate theme, treasure hunting & boat building.

There is a trick to get lots of gold I found out when you are on the boss fight of an island. The rock monster in the screenshot does not move around the screen like other monsters instead at regular intervals he turns all power tiles to stone.

So keep him away from you and just concentrate on collecting the gold.