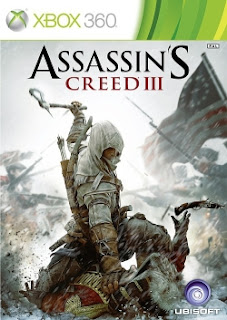 The problem with this time of year is that far too many games get released that I want to play.

There are of course many other games released (Dishonoured & X-Com are on my radar) but my approach of buying a game to play now & not later will make me wait for those (Yes, I know Guild Wars 2).

Anyway back to my current dilemma, after a couple of weeks of Borderlands 2 overload this game has now fallen into the regular Monday PMG thus I am playing the story with the Claptrap Boys.

FIFA 13 after a few weeks of ultimate team will now fall into the regular quick fix gaming slot.

Conveniently this leaves a slot open for another game, yes like the three I have in limbo. So step forward Assassins Creed 3 & the playground of colonial America awaits.

The culmination of Desmond's story & the impending destruction of the world is more than enough to enjoy but with AC3 we also get the chance to play with a new character in Connor.

I have only played the first few hours of the game which has you controlling Haytham Kenway (Connor's father).

A British assassin who arrives in America with a key to what? A temple? Lair? Chest? I don't know yet but so far I am enjoying the story telling & gameplay.

With the 21st December approaching fast I don't think I'll be playing anything else much.

Note - with the possible exception of Halo 4 Spartan Ops.
Posted by gospvg on November 09, 2012