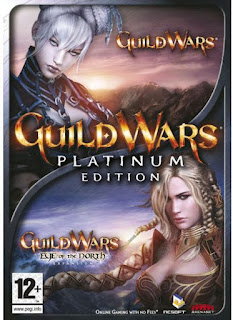 The daily quests were starting to become a chore & Abbas was getting bored of grinding the Charr so we decided to join Prince Rurik & attack Vatlaaw Doomtooth.

Making it to old Ascalon had its advantages because I had access to my chest & we could now hire two henchman to join our party.

Abbas saw the map & thought wow that is huge to which I replied yes we will be playing his for a while yet.

Guild Wars 2 also arrived in the post but my attempt to logon was prevented bye constant server errors. Thinking about it this morning my copy of the game arrived early from GMG thus I probably do not have access to the headstart? I will leave it till Tuesday to try again.