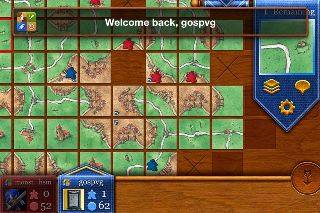 Still easily the best iOS game IMHO, in a recent game against the Monster we agreed that no farmers would be placed because it is difficult for him to understand. So we played kid mode which only gave us road or town pieces.

This led the Monster to attempt an assault on a large town I had built but not with one but three meeple's. 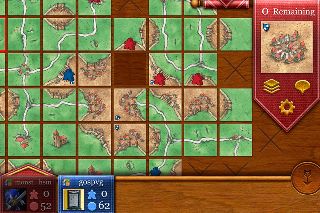 We still had quite a few tiles to play so I ignored his attack and carried on accumulating points but I forgot one important factor.

He had luck on his side & with only two pieces remaining I got the road piece & he ended up with the tile he needed to complete the town & take the points. 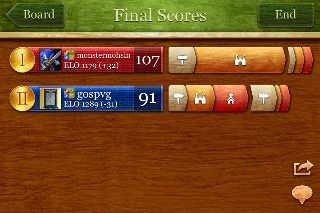 Was it luck, skill or the fact that he was brave enough to place three meeple's on the chance that he would get the tile needed?

Either way he walked off telling everyone that he beat Dad at Carcassonne & I just smiled.
Posted by gospvg on August 15, 2012