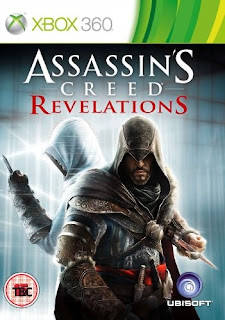 Wow !! I enjoyed that (apart from the Desmond sequences). I have really enjoyed playing these games & to think that I passed on the first game when released.

AC Revelations is the culmination of Ezio's storyline which started with AC2 but it also gives you flashbacks to play with Altair.

Ubisoft felt they needed to introduce something new to the game with bombs, zip line hook & a tower defence game. Some of these play well in the game but others I don't see the point.

The reason I play the AC games is for the storyline & running around rooftops assassinating soldiers. I did not play this game on release due mainly to Skyrim (which I have still to complete) but I don't think there is anything else coming out this year that will stop me playing AC3 on release. If you have not played this series of games I highly recommend you do they are approx only around 20 to 25 hours each game on the main quest-line.

Looking forward to fighting during the American Revolution