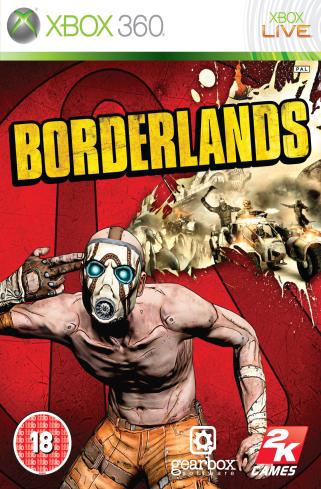 Looking through my completed games for 2011. I have completed some truly enjoyable games which started with Fable 2 - I have never played the original Fable game & I managed to get Fable 2 thanks to an error on Microsoft's part that let you download the game for free but I enjoyed it's adventure in storytelling so much that I purchased the third game which I have yet to play of course.

Assassins Creed follows a similar path to Fable in that I have never played the first game yet loved the second & was happy to play Brotherhood to see the continuation of Ezio's & Desmond's storyline. If it was not for the current game I am playing I would have spent my time over xmas playing the next game in the story which was purchased for Abbas but I then promptly sold on whilst it still had it's pre-owned value. I will now patiently wait till the the complete game with dlc is released in 2012 & purchase for less than £15 to play.

In 2010 Shadow Complex was one of best games I have ever played which is why it is in my Top 30 list. I purchased quite a few xbla games in 2011 but only played Costume Quest, Vandal Hearts & recently with my son Turtles & Assault Heroes. Although quite a short game I did enjoy playing Costume Quest, it's quirky humour & Halloween setting made in an enjoyable simple rpg to play.

The iOS platform be it playing the games on iPad, iPhone or iPod Touch has for me this year been very chaotic, with too many games & thanks to appshopper/freeapphero the daily free download of never-ending titles has really now become tiresome & boring. I have enjoyed the disc drivin, carcassonne & other tournaments that I have organised throughout the year but from the many single player experiences I have completed only Sword & Poker is worth mentioning a mixture of playing poker hands in an rpg setting.

Alas the PS3 & Wii (yes I still have it somewhere I think) have been ignored through-out the year not because I do not have any games for them, the likes of Uncharted & Mario Galaxy sit on the shelf gathering dust. Lack of time & possibly also my preference to using the 360 controller has led to me ignoring these two consoles. Something I hope to correct in 2012.

The summer months were very quiet for gaming, the weather & family activities led me to do little or no gaming for 3 to 4 months but come Autumn & I returned to complete Splinter Cell Conviction, Battlefield Bad Company 2, Batman Arkham City & Rage.

Batman Arkham City & Rage were the only games I completed that was actually released in 2011 but both games disappointed me. Batman with it's open world GTA style setting did not give me the enjoyment that I got last year from Arkham Asylum & Rage, the less said about that the better I think.

Looking through my completion list I have discussed almost every game I have completed except two Lost Planet 2 & Borderlands. 2011 for me was the year of the PMG (Planned Multi-player Gaming), every Monday evening (almost) without fail Gus, Jaimie, Jon (Borderlands) or Jaimie & Toby (Lost Planet 2) would connect over xbox live to game. Lost Planet 2 storyline & somewhat odd game mechanics as a single player experience would be painful to play but is just about playable on a PMG because of the other players.

Thus my game of the year for 2011 is obviously (the picture in the post) Borderlands, the game itself is a mix of a first person shooter with rpg touches but what really makes the game shine is the on-line experience you get with 3 other players. If you are dying someone will come over to heal you, out of ammo? don't worry I will equip my ammo regeneration mod & thank you 'gospvg' for being the bait in Mad Moxxi.

So take a bow Jon, Gus & Jaimie for without The Claptrap Boys, Borderlands would not have been the game of the year 2011.
Posted by gospvg on January 02, 2012

Email ThisBlogThis!Share to TwitterShare to FacebookShare to Pinterest
Labels: Borderlands, Game of the Year, Xbox 360