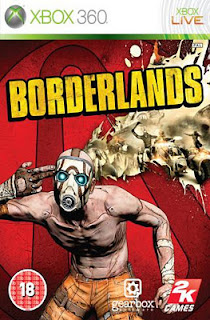 I got the final achievement today for Borderlands by my character reaching level 61, I did not really do much in that I played a local co-op game with Monster's character who was a level 69 soldier & he had completed the 2nd play through so the enemies were all at level 69 or 70 & my poor low level soldier could do no meaningful damage.

So I just sat back and kept on shooting Monster to heal him & occasionally go charging in to revive him if needed, which would usually result in me needing to get healed.

The final stats on my soldier character read 8 days 10 hours & 42 minutes which in hours makes a staggering 202 hours !!

Easily one of my most enjoyable games on the 360 & one of the best UGVM PMG games.
Posted by gospvg on November 27, 2011