Even more obscure than the last few letters of the alphabet are games beginning with numbers. I have completed no games that begin with a number, the only game I remember having played in an arcade is

1943 The Battle of Midway (Arcade)
Not much to the game its a classic shoot em up that has you piloting a WW2 aircraft to attack oncoming enemy planes & destroying ships. You have your usual end of level bosses, I don't remember getting much further with the game that the first few levels.

This post also brings an end to the A to Z, I have mainly only focused on games I have completed over the last 30 years of gaming with some references to uncompleted experiences. It is only fair then to make one more post to recap & go back over all the games I have posted about to pick out my top 30 completed games of all time. 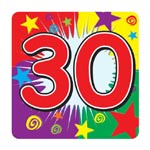