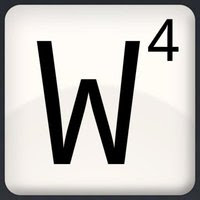 Wordfeud is dead, it keeps crashing on me when trying to load the app. I’ve deleted the app & reinstalled but nope still does not load the app.
So today I removed the app from my iPod touch & iPad, it had the coveted first screen but alas no more. It seems to me that the application works fine on Android devices but not on iOS vice versa with the Words with Friends app which works fine on iOS but crashes on Android.
Anyhow it’s words with friends only for me from now on. Username obviously is gospvg so send me an invite if you want a game.