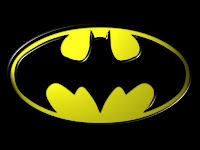 I have read lots of game of the year features on various gaming sites & blogs. The 2 most popular games have been Red Dead Redemption & Mass Effect 2.

Red Dead I have only briefly played on multiplayer for a few sessions, thoroughly enjoyable & good fun but I have not yet played the single player campaign. I wasted my summer trying to rekindle my love for Japanese RPGs. Mass Effect 2 I have not even played the first game in the trilogy (Mass Effect 3 releasing 2011).

So what have I been wasting my gaming time on this year. A lot of co-op games, some older titles, the ipod touch, summer wasted on an unfinished game & Fallout New Vegas. So the obvious choice would be Fallout? No, it's a good game but it's essentially the same style of gameplay as Fallout 3. Yes the setting is different but I can't shake the feeling that it feels like a long DLC.

Batman Arkham Asylum, this was easily the most enjoyable game I played in 2010 because I can't give a single reason why. The storyline, the metroidvania inspired gameplay, the riddler puzzles, the boss battles, the characters oh! the characters it's Batman !!

Not since Castlevania SOTN have I had this much fun revisiting locations to discover secrets that were not accessible because I did not have the correct equipment. I was Batman, I could glide, launch my batarang to take out enemies, use my grapple gun to climb & much much more.

The Joker takes control of Arkham Asylum and with his cronies plans to create an army. You are Batman and you must face some formidable foes from Bane & Scarecrow to Killer Croc & Poison Ivy.

The story, characters, gameplay all combine to produce what is easily the best superhero game I have ever played.

Honourable mentions should go to Shadow Complex, Words with Friends & Angry Birds. But for 2010 Batman Arkham Asylum is my game of the year & I am very much looking forward to the sequel this year.


Added 10/01
A few people have said that the game of the year award should go to games that were released in 2010? Why? Surely game of the year should be about all the games you have played in 2010 & which have you enjoyed the most?

From Wiki - Many publications award a single "Game of the Year" to a single title that they feel represents the pinnacle of gaming achievement that year.

So I stick by my choice for the year of 2010 Batman Arkham Asylum for me was the highlight of my gaming year.
Posted by gospvg on January 09, 2011

Email ThisBlogThis!Share to TwitterShare to FacebookShare to Pinterest
Labels: Batman, Game of the Year, Xbox 360