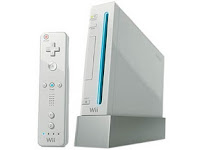 The Wii – A novelty console, I had it for 3 years & have never completed a game. The only games I ever played was Mario Party 8 or Wii Sports with the kids. Yes it has Mario, Zelda & Umm What Else? I just could not get the hang of motion gaming, it was not me I just wanted a controller & an analogue stick to move my character & buttons to perform actions.

The PS3 – GT5 oh! Where art thou GT5? I got bored of waiting & picked up Need for Speed Hot Pursuit on the 360 instead. It’s a great machine, shame about the controller but I never turned it on, any multi-format release I would always buy for the 360. There are games on the system I would love to play like Uncharted, God of War, Metal Gear Solid but will I ever get the time?
The games that time forgot list is calling me & I plan to start with the Mass Effect games.
I have over 500+ games on my iTunes account, admittedly the majority are probably crap but even if 10% of those are decent purchases that’s a fair few game to play on the iPod. Going back down to the one console will make it easier for deciding what to play & purchase.
With the snow settling in for the winter I plan to get down & cosy with my 360 & ipod touch.
Posted by gospvg on December 21, 2010