Weekly Update - "I feel I can do this forever"

I am pretty sure I will forever be gaming. Although not had much time during the last week, blame Netflix & Gotham Season 2 for taking up most of my free time but I did manage some more Deus Ex visiting a rave club & Golem City which is maze of stairs & floors.

No Man's Sky had another update which promptly crashed my game yet again. Can't believe after so many patches I am still getting crashes?! I'm still on the atlas path collecting these stones. I'm assuming at some point something must happen with them?

Destiny Rise of Iron came out yesterday, I teamed up with Hakk & Gus to complete the main campaign missions. Took about two hours you have a new enemy type in splicer, the final mission was pretty tough & I'd almost say impossible if you are not playing in a fireteam. Once you have completed the main campaign, you then get access to lots of quests from the social area Felwinter Peak.


On iOS new updates to Carcassonne with three new expansions. Information on the update below, I'm playing a few games with the new expansions & the Abbot seems to be the most useful so far. Looking into kicking off a new tournament soon.

Abbot
The Abbot is a new game piece you place on Cloisters or Gardens (a new tile feature that will magically appear on some existing tiles). You can recall the Abbot at any time during the game, scoring points without needing to finish the Cloister or Garden first.


The Old River
This was the very first expansion ever to be published for Carcassonne. Introduced at the SPIEL 2001 toy fair in Germany, it remains a true collector's item.


German Cathedrals
The newest mini expansion comprising six famous German cathedrals. So new it's not even available in print until mid October. 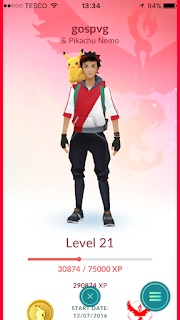 Pokemon Go introduced a new buddy pokemon system for receiving extra candy so I have gone with Pikachu.

I've also finally caught a Rhyhorn & a Venomoth so have perfect stats with 74 seen & caught.

Clash Royale I just seem to be hovering between arena 6 & 7 currently on 1951 trophies & just about keeping my own. 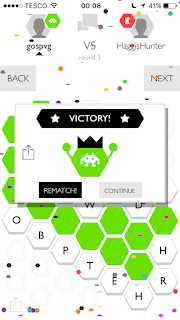 Still playing Capitals  & enjoyed a 3 round knockout against HaggisHunter :)