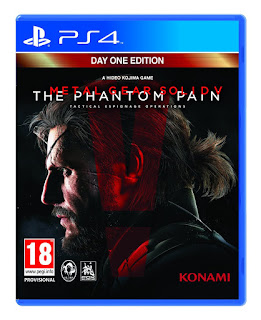 Spoilers ahead so don't read if you have not yet played the game.

It's been a few weeks since I've played MGSV (because of Fifa 16) & it took me a while to remember the controls. After completing a few side ops one of which gave me a nice stun only SMG gun.

I started mission 6 in which you have to secure a weapon called honey bee? My style of play is very slow I will scan an area for a few minutes making sure everything is tagged & I destroy all comms I see & never kill an enemy. I will always either use a stun gun, put them to sleep or use melee attacks & then fulton them out.

I managed to work my way into the last fort area of the mission where I scanned at least 15+ enemies so I had to thin the numbers by getting detected to draw some out and attack. I managed to use this tactic twice before a sandstorm arrived and I seized the opportunity to charge in and take out the others. It was getting late & stupid rush of blood to the head made me get overrun with enemies & I died. All of my efforts thinning the number of soldiers wasted because the checkpoint is at the start of the area.

It's tough but fun, I'm hoping I can finish it before Fallout 4 but with only 3 weeks left there is no chance that is going to happen so I will either delay my start of Fallout 4 so I can complete MGSV or I will leave MGSV to start Fallout 4.
Posted by Krazy Khan on October 19, 2015