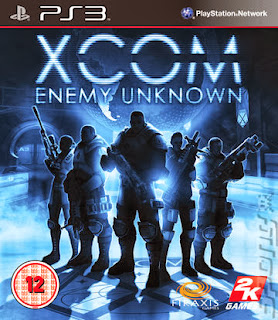 I played a fair bit on the 360 before leaving the game so I went for an American base & quickly started building up the base with a thermo plant & an alien containment unit. I only have five team members at the moment with two assault, a heavy, sniper & support. Focusing on developing the weapons to get the laser guns & trying to save enough cash to launch some satellites into orbit.
Posted by gospvg on October 08, 2013