Champ Man is a free iOS game with in-app purchases. I have happily been playing the game with no need to purchase the in game credits at all. I have managed to sign some players with 60+ ability to build a very good squad. 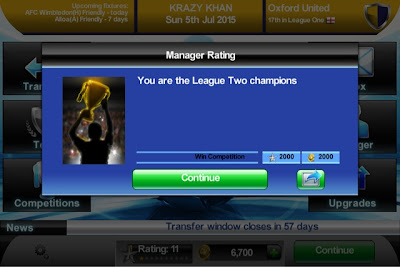 Oxford United are the League Two champions easily beating Gillingham to the title. 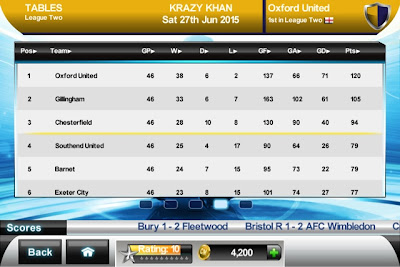 The highlight of the season was beating local rivals Wycombe 4-7 away. 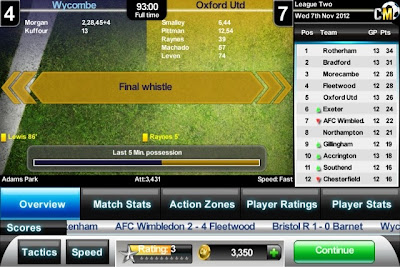 When you start the game you cannot start with a premier league club unless you pay for an in app purchase. So instead of choosing Liverpool I decided to start my managerial career with Oxford United instead.

It's been a great start taking Oxford to league one & currently I am top of the league just winning a title decider against Leyton Orient. 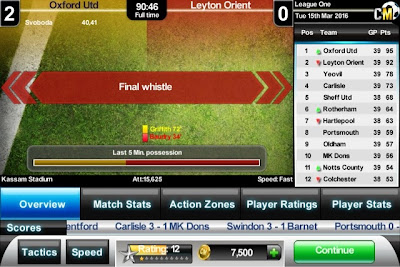 Hopefully I can finish the season strong & take Oxford into the championship.