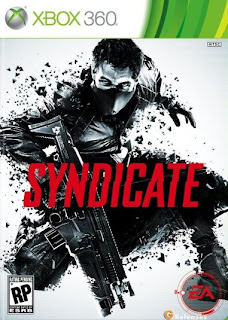 I tried the demo when the game was released with a few from UGVM (Jochta, Cooltag & I forget who else sorry). The demo had you playing the role of an agent. You have to run through the map hacking technologies & shooting enemies. There is an emphasis on co-op play because you need to heal team members & sometimes reboot them.

With the game purchased it was time to play the game proper with Gus & Cooltag, our first map was Northern Territories which proved challenging enough on normal difficulty that all three of us died very quickly. There are different classes in the game Support, Offence & Defence and all these really give you is a different default gun load out. Trying again we come up against the boss who had a protective shield which you first need to hack to disable before he can take any damage. Once he died you could then remove a chip which is the currency in the game for upgrades. But to take him down we had to play for the team, no lone wolf attempts. I would disarm his shield while Gus & Cooltag would attack. I would also then keep an eye on the their health bar & heal if needed. Hopefully the next session we will have an extra player to join us, I really enjoyed the co-op gameplay & Syndicate should keep us busy until Borderlands 2.
Posted by gospvg on July 12, 2012