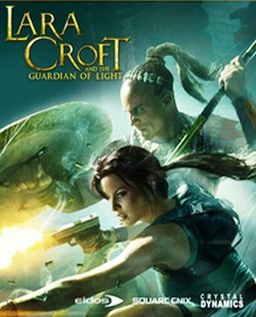 I started playing this with Abbas back in December 2010 & after running out of retail co-op games to play we have returned 16 months later to complete the game.

It a top down action puzzle affair, you take the role of Lara or Totec (a Mayan warrior) to defeat Xolotl & imprison him back in the Smoke of Mirrors.

You travel across various locations solving puzzles & collecting artefacts. Co-Op play is needed to solve some of the puzzles you come across & useful for reviving the other character if they have fallen in battle.

Easily a 5 or 6 hour campaign that leads you to the ultimate showdown against Xolotl.

There is a nothing new in co-op gaming to play from retail released games so we may have to stay with Xbox Live Arcade for our next game. We do have Portal 2 but I do not want to play that until I have completed the first game. Time for EA to release a new Army of Two game or Rainbow Six Vegas 3?