NEW Tuesday A to Z - A (games never played) 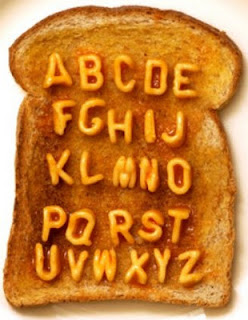 The spaghetti filled toast is back for the next chapter in the A to Z saga. This time it will be a list of games I have never played or have left unfinished.

These are not just any games but games that make any 30 year old hardcore gamer go WTF !! you have never played that?!!

There will be a maximum limit of only 5 titles per letter, otherwise on some letters I will be writing forever....

So without further ado I give you the letter A

Assassins Creed
Even though this shows up on my xbox 360 gamerscore it was Abbas who played it on my account before he had his own gamertag. I forgot but at the time I must have been playing something else, when released I thought it's just another Lara Croft/Prince of Persia clone thus ignored it's charms until the second game was released & grabbed my attention. I do hope at some point to play this game but the story seems to have moved on.

Animal Crossing
Farm building. looking after animals sim type game which has never interested me at all.

Aliens vs Predator
One of my missed opportunities when owning a Jaguar console, probably would have scared the crap out of me but I will never know.

Alien Soldier
Treasure are rated quite highly as a software developer but I have yet to still play this 2d platformer.

Another World
Too busy playing with music software to really play any games on my Atari Ste, I predict an app store release in the near future.
Posted by gospvg on December 10, 2011