Becky (http://www.spritesandbites.net/) wanted to experiment with creating the largest city & road possible on a game without placing any people, so the experiment began. Initially it was quite easy to place the pieces and then we doubled back on ourself & had to wait for the correct tiles to show up whilst trying our best not to place a tile that would destroy the city with the dreaded 'X'. We done very well but with about 14 tiles remaining we had no choice but to complete the city or risk leaving it unfinished.

Screenshots below for the finished city. 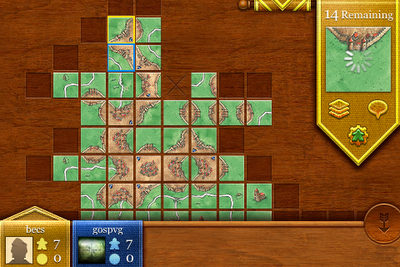 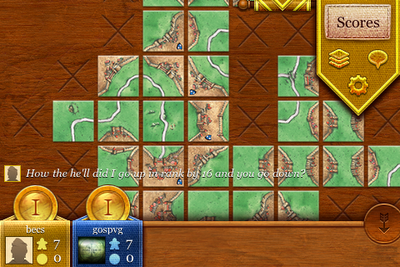 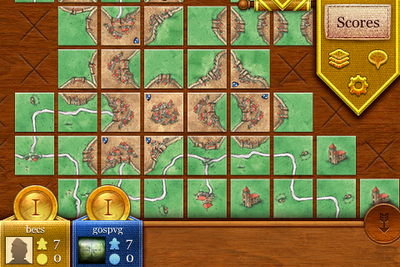 If my maths is correct if a person was placed on this city then the total points would have been 64 points? Is that right? does not seem like much? 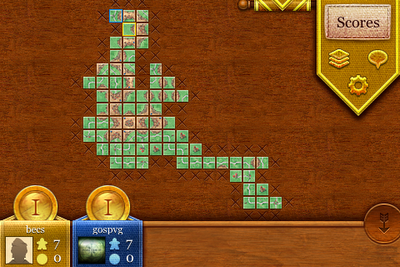 Anyhow the finished map looked like this with a road going off to the right.


So what happened in the endgame you ask? Yes I have a screenshot for that as well. 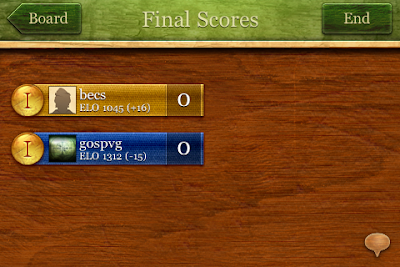 How did Becky get +16 for that? I don't know? Anyone care to explain?


I'm now need to win a few more games to catch up Lufferov who is now back at the top of the leaderboard
Posted by gospvg on August 22, 2010